We know you’re hungry – hungry for information about where we’ve been testing food. Since San Francisco is our backyard, we’ve been compiling a list of gluten free restaurants in San Francisco, or more precisely, places whose gluten free offerings we’ve tested.

For the Nima event at Pica Pica today, we’ve created a flyer that summarizes the tests we’ve conducted at a variety of local restaurants. This report only includes foods we ordered as gluten-free. In a few cases we were told that items might not be safe to eat (thank you to Radish for telling us to order salad in lieu of French Fries).

This is also a preview of what the Nima app will show once you have our portable gluten sensor in your hand. The smiles indicate the number of gluten-free restaurant tests while frowns indicate tests were gluten did appear. 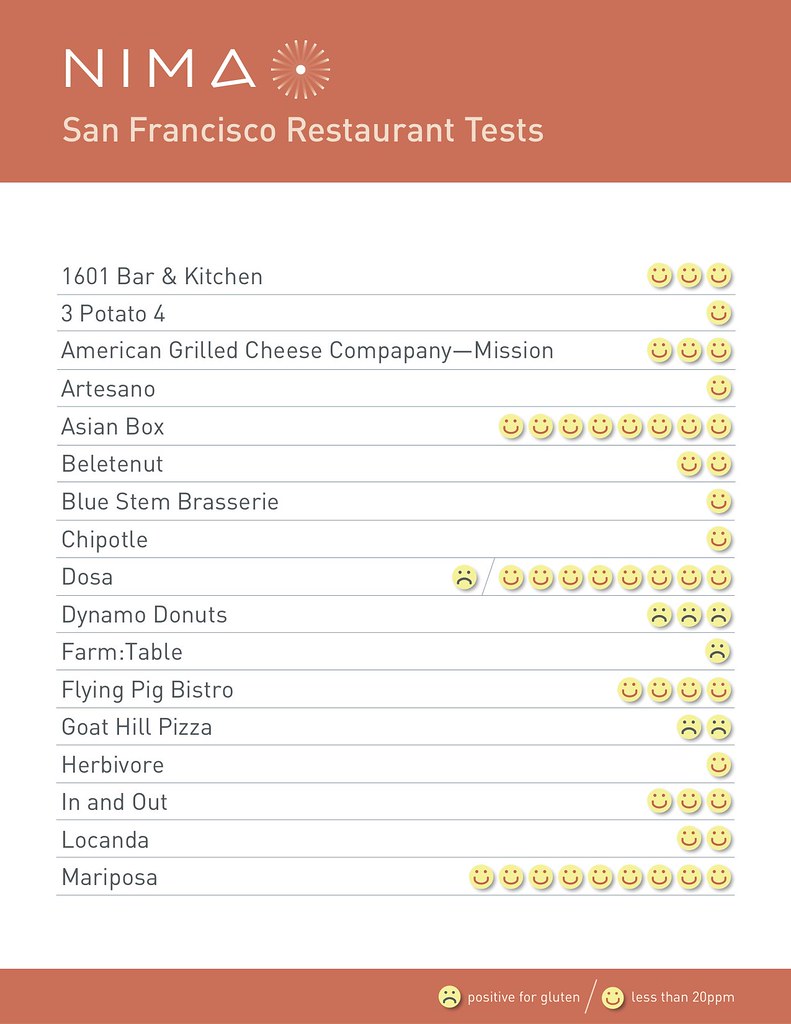 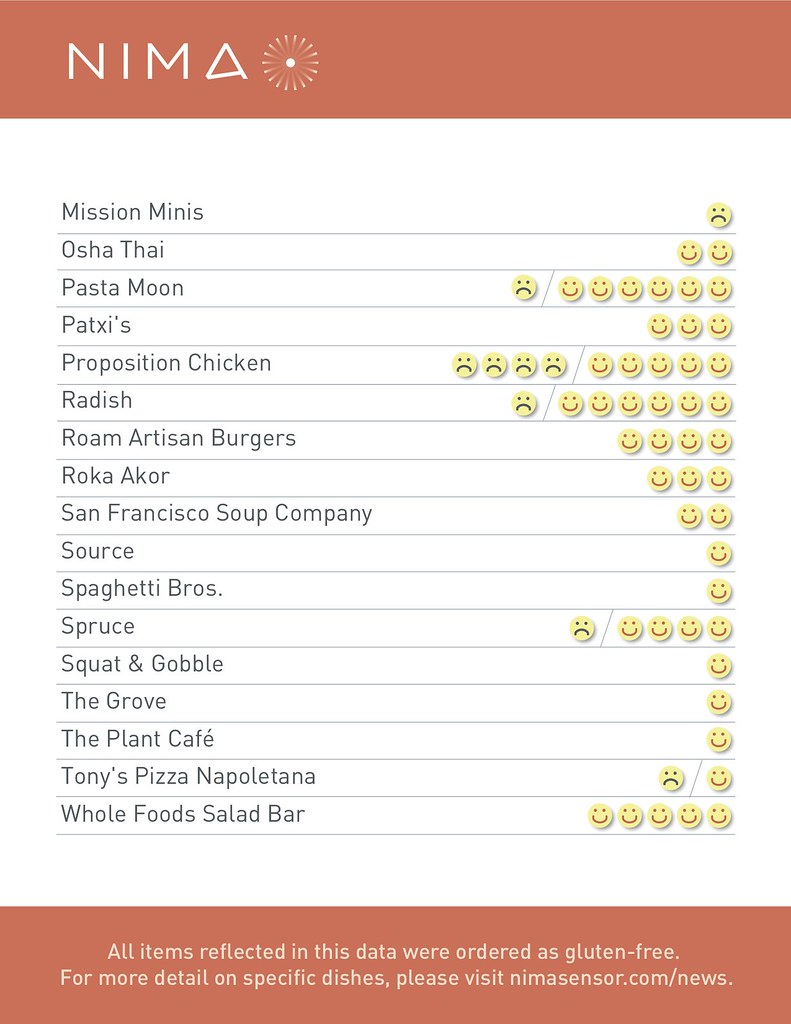 Since these images only have summary data, we are providing additional data in this Google document which shares more detail around each test of gluten free foods in San Francisco restaurants.

We’re excited to be able to share more results over time as people test their food for gluten in restaurants. The Nima app, when paired with the device, will allow people to share what was tested and where, along with other information about the dining experience. Our customers say that it’s not just whether or not something is gluten free in a restaurant, but also the staff knowledge and willingness to help and the quality of the food once it arrives. We also know sometimes restaurants make mistakes. There are times when a gluten free soup is ordered and someone inadvertently provides a piece of whole wheat bread when they meant to include the gluten free version. Nima can help at times like these to reassure folks or help alert them when they may be concerned.